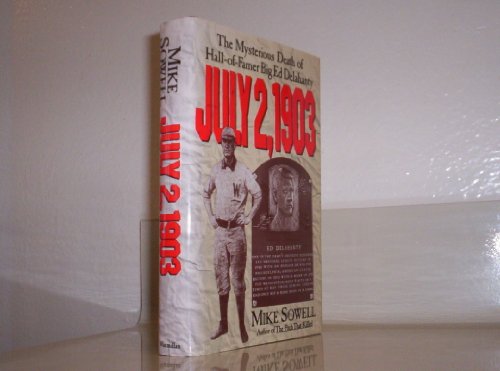 
Speaker made Cobb throw those games in Aliens, just With all these unanimous 1s, we've been in agreement far too long. Still peeved that he had to vote for a catcher in the catcher's ballot. That's where the 10 dart landed. Speaker was a far worse 40 year old Philadelphia Athletic than Ty Cobb. He doesn't trust anyone from Texas.

And the 1 reason Speaker ranks so low on Rusty's ballot. We love you Rusty, but you should probably check your system. Most of us have Speaker much closer to the 10 player all-time than the 10 centerfielder. You've got to really give some war credit to get DiMaggio over Speaker and I guess none of us really knows how good Turkey Stearnes or Cristobal Torriente were. Cut me some slack! Now I'm doublechecking the whole thing. I still say we move Monte Irvin to the RF rankings.

It would also give me some time to improve my evaluation which is currently just tripling his MLB career value. Lip Pike didn't play that many years crediting 13 which will keep him down near the bottom of my list. Here's one of my RCAA-related charts. Some caveats: it relies on a secondary source, with results that may occasionally be squirrelly see W. Clark, I've put in no league strength adjustments except for ; those will matter a great deal for Mantle vs. Mays and for Browning vs. I've put in no adjustments for schedule length - mostly, the system isn't very sensitive to schedule length, but it does start to matter for 19th century guys, maybe especially Browning.

Doby's line is major league only - for him, and for anyone else you'd assign extra credit to, add it yourself. And the big caveat: this is offense-only. There are other differences between Hack Wilson and Max Carey. A number of more modern players - Murphy, Murcer, Cedeno, Lynn, among others - would fit somewhere on this list by offense, but I left them off. Except he played more prorated games in CF than he did in RF and had his best years at that position. I can't see any case for him as anything but a center fielder, unless someone can prove that he was below average as a fielder.

John, on what basis are you making that claim? The evidence reviewed recently on Irvin's thread turns up direct evidence that Irvin was a center fielder for one full season, , and he may have played there part of and What are you seeing that the rest of us who have been discussing the question over there haven't found? Trying to fight my way around the top handful. As long Cobb was just a pretty good defensive CF, there's no way to overcome that much of a difference in offense.

The difference of about.

The lines in my post 67 have Cobb clearly ahead of Speaker offensively for nearly every sorted year of their very long careers. Mays vs. Mantle: now you're talking peak versus career, and offense versus defense.

perwiducsoser.tk - A New Look at the New York Yankees

I'm showing a huge offensive peak advantage for Mantle, but: 1 using RC is very friendly to OBP, which I like, but it may overdo things slightly for the most extremely good take-and-rake hitters, like Mantle, 2 there is the matter of the league strength difference, and 3 Mays was better on defense. I think I'd still say Mantle had higher peak, but those tendencies bring the margin down to something manageable. And while I'm not a strict career voter by any means, I have career-leaning biases. Biases that tend to steer me away from the likes of Jennings, McGraw, and Chance.

So I wind up with Mays ahead of Mantle. Mays versus Speaker: The chart in 67 give the offensive advantage to Speaker for about a 5-year peak, but Mays gets some of that back on prime-shoulder seasons. Squeezing a little Korea credit in would tip the career scales to Mays although Mays wasn't yet fully developed in those years. I don't really know how to compare their defense - they both have the big reputation, and both would have had to adapt their styles if forced to play in the other's world. The way I like to combine things, I have it as either even or leaning to Mays. Then what about league strength?

Speaker played in a strong league, but the integration-era NL was a really strong league. So my final result is Mays ahead of Speaker. Cobb versus Mantle: they've both got gigantic offensive peaks. Cobb blows Mantle away on career. So this one is easy. Unfortunately, it looks like I can't really settle this without dealing with the diagonals of my quadrilateral: Mays versus Cobb, and Speaker versus Mantle.

Baseball, Statistics, and the Role of Chance in the Game

Those are harder comparisons to make, and so is comparing any of them to Charleston - although what I'm reading on the Charleston thread suggests that while he had a great peak, the back half of his career dropped off enough to drop him below the three career candidates here in Cobb, Mays, and Speaker. Preliminarily: 1. Cobb, 2. Mays, 3. Speaker, 4.

Mantle, 5. Charleston, 6. And on the other end: I never voted for Dawson and, from above, I've got to see Dawson landing below Carey because of the defense. I hadn't voted for Browning for 50 years. I never voted for Pike. Dawson, Browning, and Pike, in some order, are probably my bottom three, although I wasn't that much a fan of Bell, either. RE: Monte Irvin I think we need to figure out what position he should be ranked at sounds like LF to me based on what I read above , and ask the voters in that election to slot Irvin and re-tally the votes. We need to get it right, even if it's slightly painful.

That doesn't mean everyone has to submit a new ballot. Just let us know where you'd put Irvin had he been eligible. Ballot counters, is it easy to just slot in a new player? Or would it be necessary to have everyone re-list each player? If everyone who voted were to say something like "Irvin should be 9th, right behind Billy Williams, whom I had 8th" or some single sentence like that, I could figure out how to tally it.

But I'm not so sure that we could get everyone's replies. At this point, I'd prefer one of the following approaches: 1. Slot Irvin at the wrong position anyway. The only question is, which wrong position? I'd be inclined to say RF. Wait until after the election, and re-open the whole LF election, this time with Rickey Henderson included although I already suspect Henderson would be near-unanimous 3rd. Those are reasonable approaches OCF, but I'd still rather include him in the correct spot now. Very good to know that a sentence would be enough and you efforts are much appreciated.

I'm pretty sure we could get the responses, either through emails or through a mass email through the yahoo groups. They cared enough to vote, I would assume they'd care enough to adjust if necessary. I have no opinion on where to place Monte Irvin. However, I'm about to go out of town again, for the last time this year, so if I'm going to place him among the left fielders, I'd better do it now.

I took a look at the fine Irvin thread, thought about it for a bit, and decided to vote him 15th on my ballot, between Medwick and Minoso. The thread's comparison with Medwick was a real help, as they do turn out to look similar. I'm not sure Irvin was better than Minoso, but I'm pretty sure they were really close.

Without him doing the legwork it's going to take me a little while. Actually it got easier once I looked into it.

There's a 5 point gap between Al Simmons and Jimmy Sheckard in my spreadsheet. I don't know exactly where Monte Irvin will fall but it is highly likely to be somewhere in there. Slot him at 10th between them on my revised LF ballot. And my CF prelim: 1. Cobb 2. The peak wins out, barely. The spots are incredibly tight, though. Speaker 5. Charleston 6.